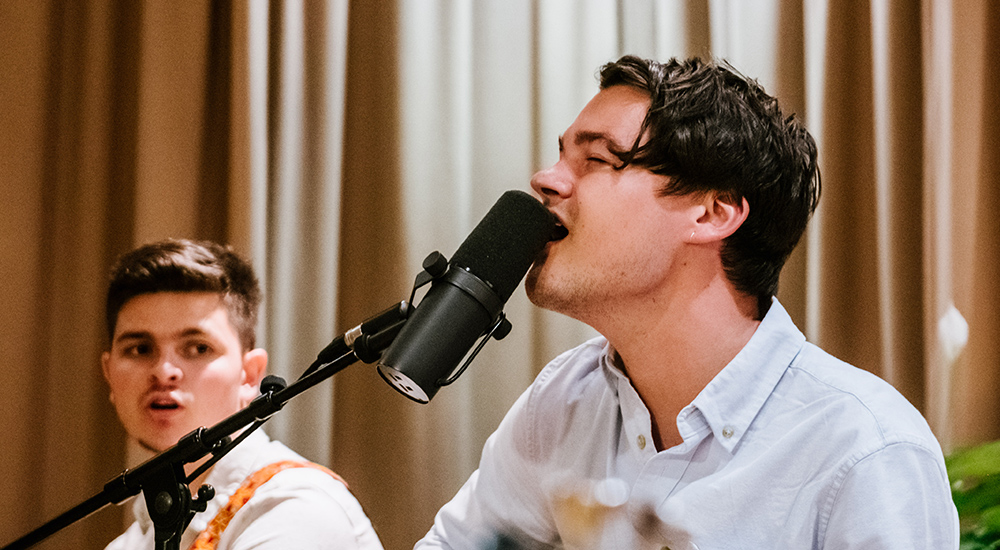 It is easy to be confused as a vocalist choosing a microphone – there are a myriad of options and often no straightforward answers! As you might have expected, there is no clear answer to the question ‘which is the best vocal recording mic?’. The answer lies in which works best for you – your vocal style and the style of the track.

Apart from the benefit of tracking individually or in small groups (we’ll go into this in more depth in a later blog post, watch this space), the microphones you would use in a studio recording setting, for vocals, tend to be one of two types: Condenser or Dynamic microphones.

Typically, when performing in a live setting, vocalists tend to use a dynamic microphone (such as the widely used Shure SM58). This is due to their sturdy makeup and lower sensitivity, so for avoiding feedback, they are ideal. In a studio setup, there’s usually no need to worry about feedback. Therefore, logic would tell you that more sensitive microphones can be used to pick up all of the depth and nuance within a vocal and create a more detailed recording.

Typically this would mean a large diaphragm condenser (or capacitor) microphone. A condenser mic tends to allow a wider frequency response, better transient response and greater sensitivity than a dynamic microphone, resulting in a cleaner sound.

There are, of course, exceptions to the rule. Many of the legendary vocal chains start with a dynamic mic – Michael Jackson’s vocals were famously recorded with a Shure SM7 – usually when a punchier sound is the aim, or when a vocal is too strong for a typical condenser mic. Here are a few popular vocal mics that may work for you: 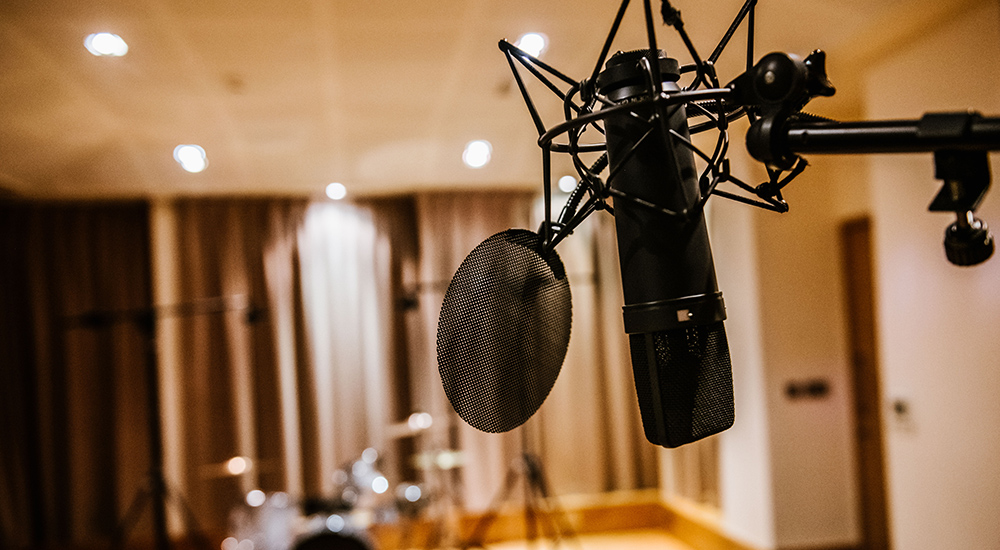 So, in no particular order:

Neumann U87 Ai: A modern take on a classic microphone, the U87 has been around since the late 1960s. As one of the favourite large diaphragm condenser microphones for a recording engineer, you will see it present in lots of studios across the world. With three switchable polar patterns, high-pass filter and 10dB pad, it is a versatile mainstay of the modern studio. The U87 Ai tends to sound brighter than its U-series counterparts, so doesn’t always lend itself to all voices, but has been a super fit for many pop recordings over the decades.

AKG C414: The C414s are another studio legend – an extremely versatile microphone. The updated C414 range now have digitally controlled switchable polar patterns, pad & high-pass filter available to users. AKG C414s tend to sound gently flattering but without an over-egged brightness that can sometimes be found on specialist vocal microphones.

Shure SM7B: One of the most common dynamic mics used to record rock vocals is the Shure SM7B. The SM7 was originally introduced in 1976 as the successor to the SM5B, which was a dynamic boom mic designed for broadcasting. By the early 1980s, studio engineers had discovered the mic and began using it as a “secret weapon.” In 1982, Quincy Jones used it to record Michael Jackson’s vocals on Thriller, and the microphone wasn’t a secret anymore.

ElectroVoice RE20: Similar to the Shure SM7B, the EV RE20 is a dynamic vocal mic originally intended for broadcast use that found its way into the recording studio. It has a pronounced low-end and minimal proximity effect, which makes it great for vocalists who move around while recording.

Audio-Technica AT4040: The AT4040 side-address condenser microphone is a large diaphragm that provides a detailed and smooth vocal sound on both female and male voices. An excellent budget choice, the AT4040 offers low noise, wide dynamic range and high-SPL capability in a well-rounded package.

Consider carefully what you are trying to record, and if you have the option, try to compare multiple microphones to see which ones best suits.

For a more modern solution – Slate VMS ML-1, Townsend labs L22 and Antelope Audio’s Edge. These three ‘modelling’ microphones allow the user to switch between different software emulations of a lot of the classic microphones you may read about online. At the very least, they will give a good approximate result and give vocalists a short-cut to finding out which mics work well for them. 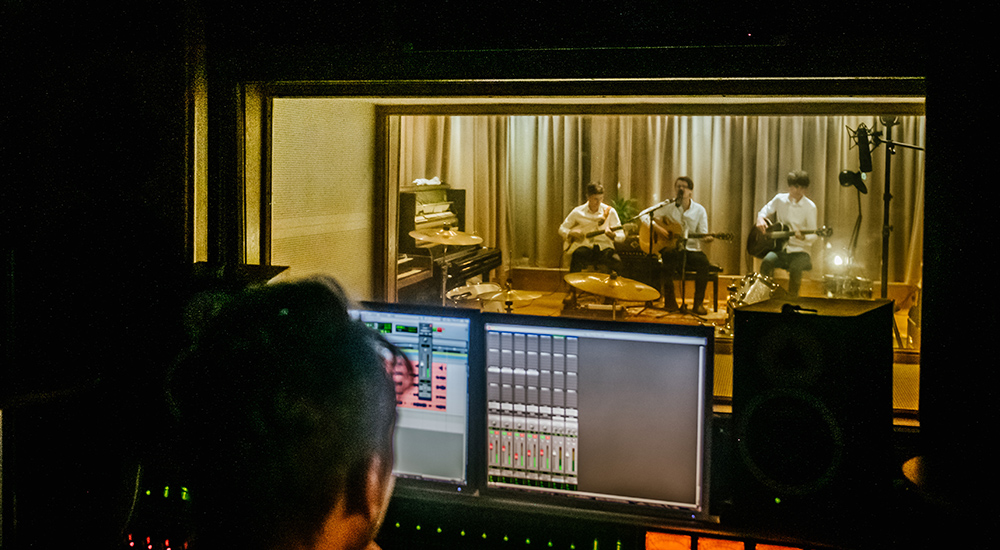 Whichever one you choose, send your track across to us to have a listen to, or book in some time to come and explore the microphones in the Actual Music Studio.